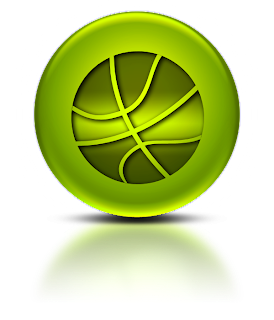 I love hoops in my mission since 1996-98 in Bicol Region. I played with Elder Lindman (Arizonian) in Buhi, Camarines Sur with High school varsity. E. Lindman got lots of rebounds and passed the ball to me then, I made lots of three pointers. I remembered we played with NCAA player guard Elder Stanger from Idaho. I was fun to play streetball with them in Buhi & Iriga City covered court. Filipino Elders are also strong like the late Elder Oblimar. Elder Magsilang a Kapampangan fron Tarlac with his Pangasinan-Ilocano connection won the game in Bulan Chapel in Sorsogon. My teammates / batch mates Elder Magpusao and the six-foot bean pole Elder Ignacio were great hoopters, too. In Polangui, Albay with my companion Elder Sanft (Tongan) 6'2" in height we played with Polangui MVP. It was a great memories in dominance performance in challenging the great Bicolano greats and Korean tourists in Polangui Streetballs. Dunk in Polangui Streetball Elder Carreon, Elder Sanft and Elder Simister (Utah). Elder Sanft broke the rim down. Sister Fuller NCAA woman played like a man. Dunking Elder Air LeGendre! I remember Filipino Elders played in home of the Matnog Sharks in Matnog, Sorsogon.

In Pampanga since 2002 up to present, when there are missionaries who loves hoops. We play half-court 3 on 3 or 4 on 4 games when I have available time. I remember a rebounding hulk Elder Nain of Roxas City, Capiz and Elder Endrina of Digos City played friendly with the Fundamental Baptist Missionaries. We played acrobatic moves in San Rafael, Mexico, Pampanga. Elder Garbin was amazed and so happy while watched my ninja hoops of perfect basketball play. Elder Schilling another NCAA player. Elder Diez and Elder Batosin beat the hoopsters in Saudi and Iraq (in Bulaon) displaying great passing of the leather. Pistol Pete made 4 straight field goals to sealed the breakaway run. Then in 2007 Elder Pioquinto of Bacolod City the greatest point guard among missionaries played in Bulaon and Elder Baldoza "The Bulldozer" "Manila Man" difficult to guard one on one even in double team. His only  weakness is triple teaming him. President Pabs and Bro. Atayde always joined the hoop games every Monday morning. Two others guarding him (The Bulldozer) then I blocked him in the air. I stole the ball from super point guard E. Pioquinto once using Hanamichi Sakuragi defense. I block giants and stole the rubber from them and I made I arching jumpers. High flying in doing double cross like Mike #23. Elder Johnson passed the ball from me and made four straight no look reverse shooting from free throw line swishing (nothing but net) unbelievable. We always played in Bulaon Resettlement covered court. Now in time of Elder Antioquia of Roxas City. A school varsity player. He's awesome in making treys, no look passes, fade the way and lay-ups. Elder Whitehead rebounding man at 6'4" strong in the paint. While Bradpete shooting way behind the arc and board, lay-up like Kobe Bryant. Dancing in the air and made a long lay-up. People were so happy cos the saw unbelievable shot and passing the leather. Great in steals and blocking the opposing hoopsters. Bradpete's babyhook, kills double team defense. Surprised them with unattended defense shooting at the back of the board like Larry Bird and Kobe the Black Mamba. Double hands Rick Barry and Sakuragi style free throw in 3-points by Bradpete. "Ankle breaker and made a Kaide Rukawa and Sendoh style of lay-up." said by E. Antioquia. "Like Michael Jordan" stated by E. Whitehead. Mitsui in three point streak in shooting. Other good players are Jake Esmeria, Lloyd Matias, brothers of Jared - Jason and Ezra Joseph (EJ). We express our gratitude for Barrio Bulaon Hoopsters, students and spectators in joining us in play by play in Barangay Bulaon covered basketball court. Unbelievable shootings Bradpete made a mid-court shoot, lay-up in three point country, no look reverse swishing three point shot, 10 feet at the back of the board nothing but the net shot, beyond the rim lay-ups and jumpers, long range lay-up mastery, made a lay-up over the 3 opposing fellas, under pass kilikili (armpit) power shot, blind passes, variety of finger rolls, made 9 straight free throws, super high arc shots, shooting beyond the concrete benches located outside of the gym made an unbelievable shot, wow! E. Whitehead made a shot while resting in bench. E. Antioquia - Jason Kidd style in assists. Shooting barrages at rainbow territory, also made some beyond the board lay-ups and his deadliest fade the way shot like Kobe & Jordan.

In Angeles Stake LDS League finally as a player I got a championship after 11 years of Bulaon Nephi Green Archers swept the youth league 3-0 w-l record as coach. Bulaon Branch / Sto. Tomas Branch team-up and better passing the leather and good defense to upset the Angeles Ward / Pandan Ward by 5 points in play-offs. And the strongest and undefeated Mabalacat Ward Team waiting in Finals, they have winning margin of 20 points and more. We stunt them with fortress defense, strong box out, great hustle, good timing and lucky bounces. We won by 9 points. I do appreciated their combination of veteran experience and powerful youth. And they are well organize team since then. In pre-season game I made 70% of the shooting power field goals in first game most of it via steals, fast break and finished Kobe like lay-ups. Some chant to me Kobe and our MVP. I selected 30 as my number and it is lucky number. 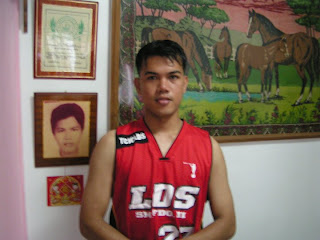 Posted by Bradpetehoops at 11:25 AM

Good day! I could have sworn I've been to this website before but after browsing through some of the post I realized it's new to
me. Anyways, I'm definitely happy I found it and I'll be book-marking and
checking back frequently!

Thanks for your helpful post. As time passes, I have come to understand that the actual symptoms of mesothelioma cancer are caused by this build
up associated fluid relating to the lining of your
lung and the upper body cavity. The infection may start while
in the chest spot and get distributed to other limbs.
Other symptoms of pleural mesothelioma include
losing weight, severe breathing trouble, vomiting, difficulty eating, and bloating of the face and
neck areas. It really should be noted some people living with the disease never experience any
serious symptoms at all.

Here is my site ... is Quibids Legit

Stunning Thighs Are Just Moments Away With Ab Circle Pro

Great goods from you, man. I've understand your stuff previous to and you are just extremely wonderful. I actually like what you have acquired here, certainly like what you are stating and the way in which you say it. You make it entertaining and you still take care of to keep it smart. I can not wait to read far more from you. This is really a tremendous site.

I’m not that much of a online reader to be honest
but your sites really nice, keep it up! I'll go ahead and bookmark your website to come back later on. All the best

Very nice post. I simply stumbled upon your weblog and wished to mention that I've really enjoyed browsing your weblog posts. After all I'll be subscribing for your feed and I'm hoping you write again soon!