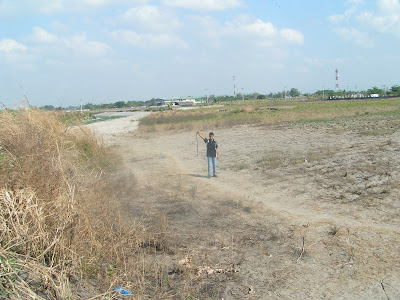 El Nino and La Nina are phenomenal weather disturbances in the World. Usually occur in 4 - 7 years interval. Last year is La Nina in Philippines and lots of rain that cause 6 - 30 feet in some areas by couple of super typhoons (cyclones or hurricanes), not only in the said country but in the other parts of the world also. La Nina cause landslide, too due to deforestation of some mountains and virgin forests in the world. Thousands of people drowned or being buried alive. Heavy rains cause millions of dollars damages, lack of food and water is a big problem and being trapped in roofs, trees, rooftops, etc. But the wonderful thing is that people are helping each other hands. After the La Nina of excessive water tragedies here comes her counterpart El Nino phenomenon also called the dry spell of long months of no rainfalls at all. Drought is the problems of the farmers with the arrivals of billions black bugs in rice-fields. And destructive coconut beetles that ruin the copra industry. Snakes and serpents are starved and died in the midst of the field looking for cool places and rodents (mice) to eat. And some being killed by humans, I let them (snakes/serpents) go to live and eat those destroyers the mice and for balance of nature. Thanks, to some who knew cloud seeding by using silver iodide and dry ice (frozen carbon dioxide). Being industrious is the key in keeping small crops using water pumps or plant the riverside area. In Utah, 19th century history Latter Day Saints or Mormon Pioneers turned this desert to bloom like a rose. Because of their unity, perseverance and faith they did it. They made Salt Lake City famous and progressive. By 2002 they hosted the 2002 Winter Olympic edition. I love planting in my free time despite of El Nino phenomenon. I do water my plants twice a day. Last year is my first time to saw hail storm or rain of ice in a minute then came a thunderstorm. Global Warming cause by Greenhouse Effect. That stared in time of Industrial Revolution that emitted tons of carbon dioxide, carbon monoxide, methane, chlorofluorocarbon in atmosphere. Plus the natural volcanic eruptions and weapons of war adds in the thinning of the ozone layer. We can help by tree planting and following some tips on how to prevent global warming. During the dry spell on El Nino some houses, building and forest are accidentally on fire. Our body needs more water and take a bath to prevent illness. Have a great day!
Posted by Bradpetehoops at 7:17 PM