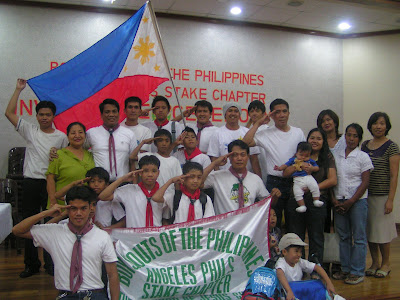 Boys Scouts Investiture of Angeles Philippines Stake held last February 27, 2011 in Essel Park, Telabastagan, City of San Fernando, Pampanga Philippines. It's a wonderful activity cos the parents are happily support their stripling scouting sons. The scout leaders with old rose boys scout scrap while the boys scouts in red with carabao / water buffalo scrap lock with Pilipinas word in the forehead. Boys Scout of the Philippines motto: Laging Handa (Always Prepared). I'm a member Kab scout 1983 - 1987 (Grade 1 up to Grade 4).  I was a boy scout 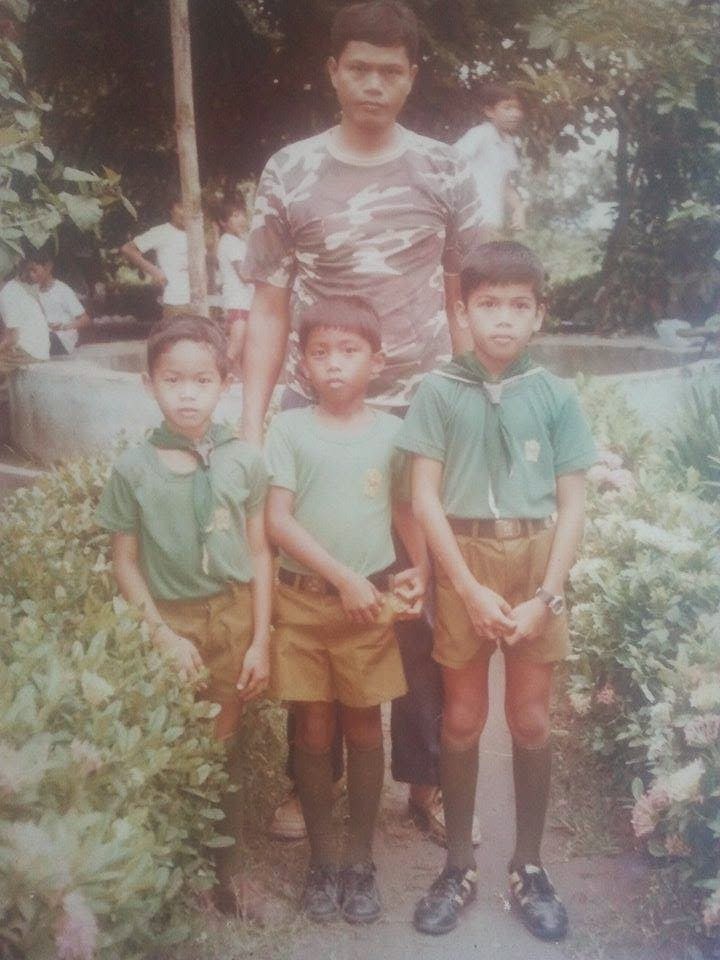 member since 1988. It's a great honor to be a boy scout and I always apply in my life with the program Duty to God. And most of the people I helped expressed their gratitude and called me hero, good Samaritan, a saint, an angel, the messenger, a gentleman, a boy scout, laging handa, a great son (old women said), big brother (women & children stated), father (some children said) and other pleasing words I received. I'm not perfect but when I do good I feel good. 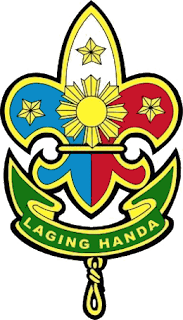 On my honor, I will do my best
to do my duty to God and my country
the Republic of the Philippines.
And to obey the Scout Law
to help other people at all times.
To keep myself physically strong
mentally awake and morally straight. 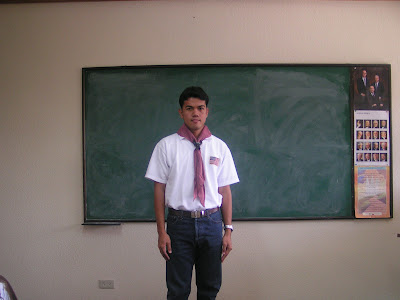 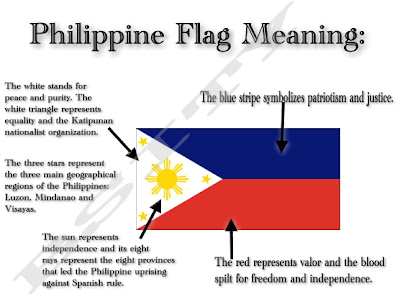 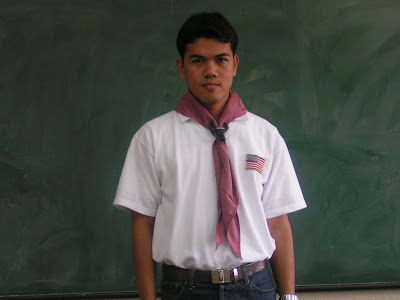 May the Great Great Spirit of Scoutmaster of all good scouts be with us till we meet again. 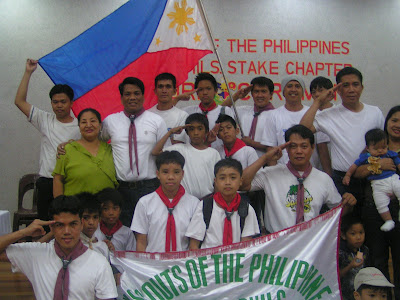 Scoutmasters, boy scouts with their families. 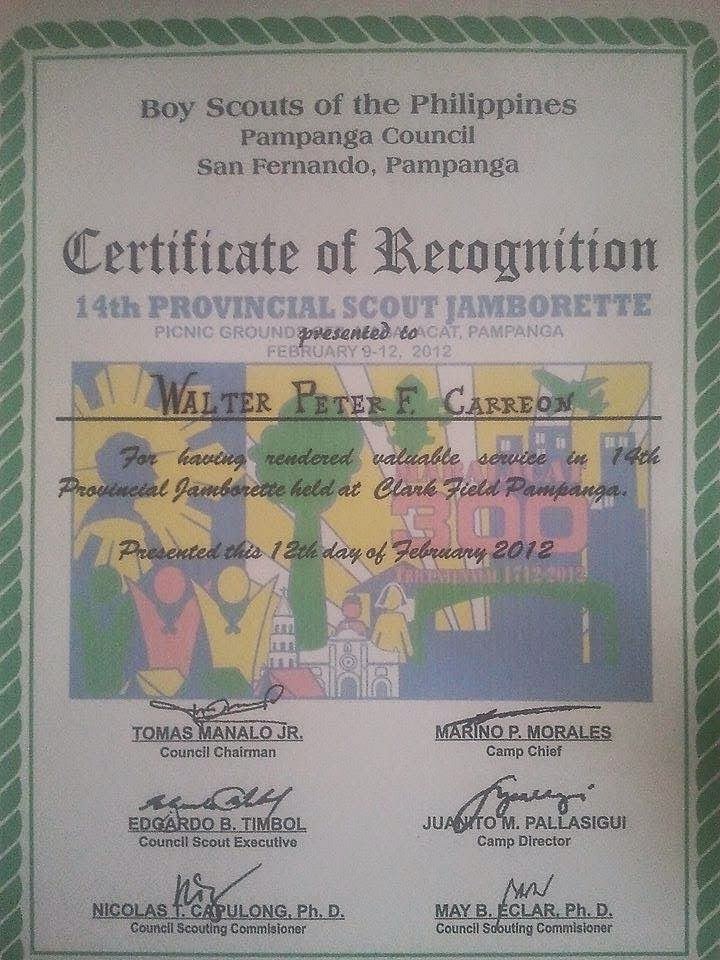 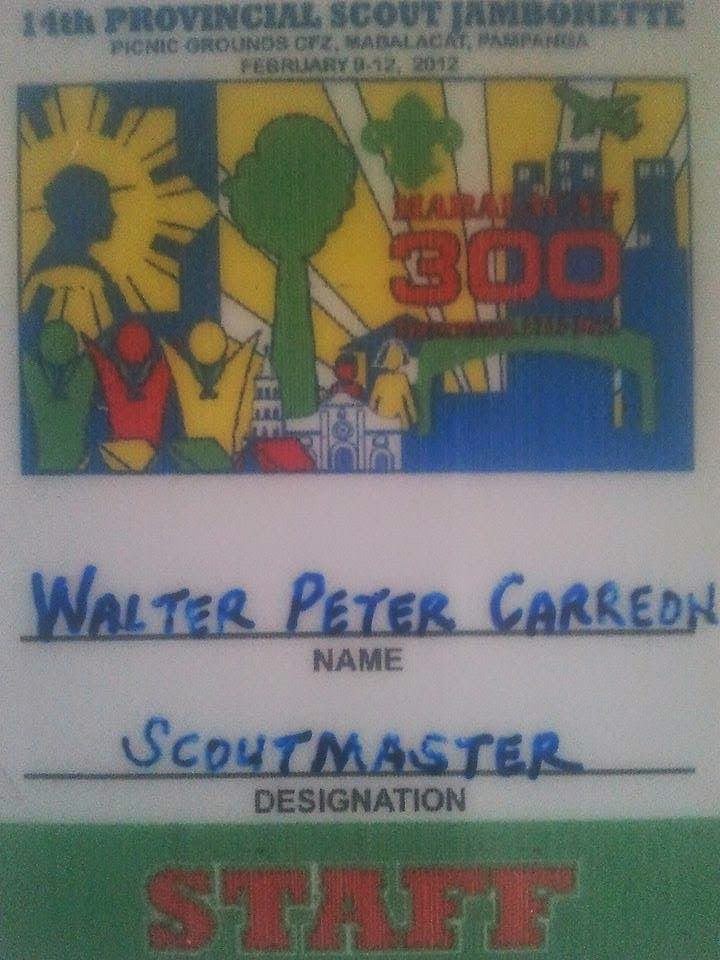 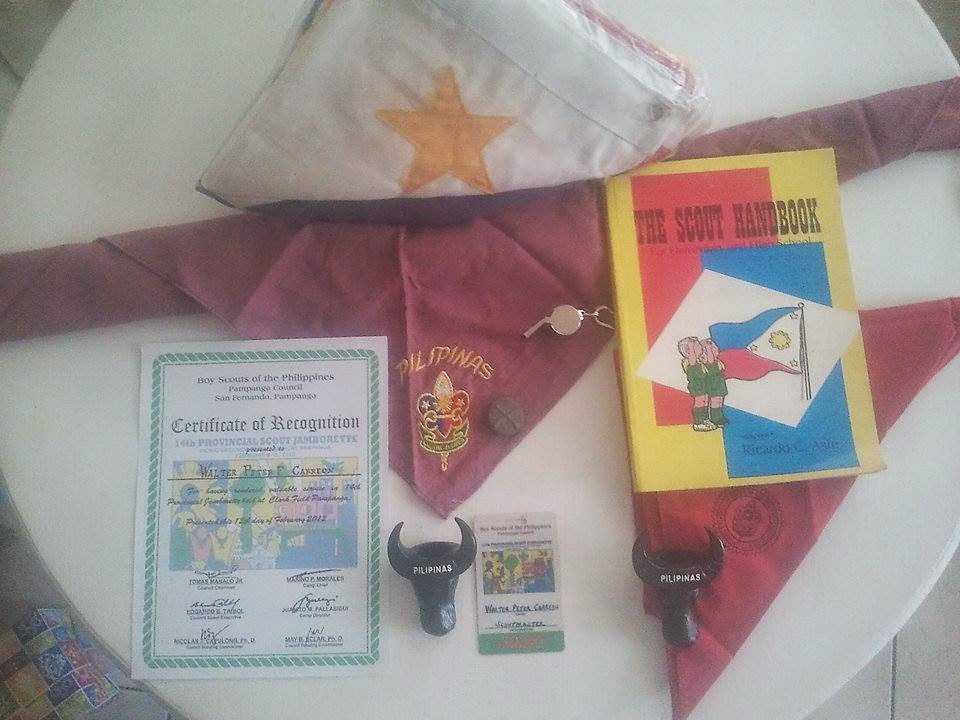 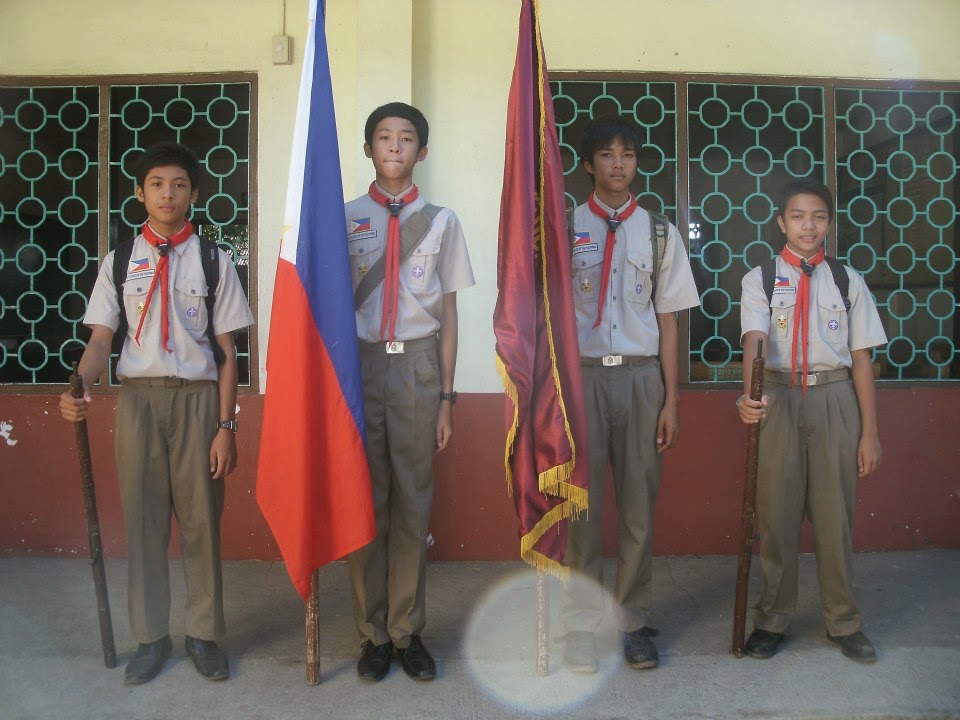 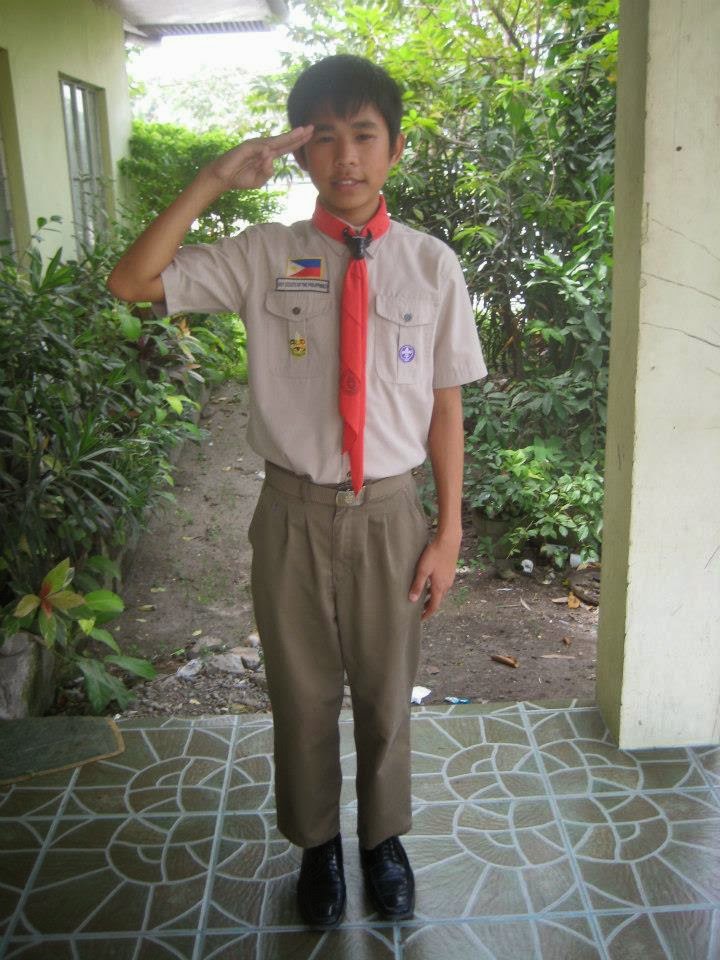 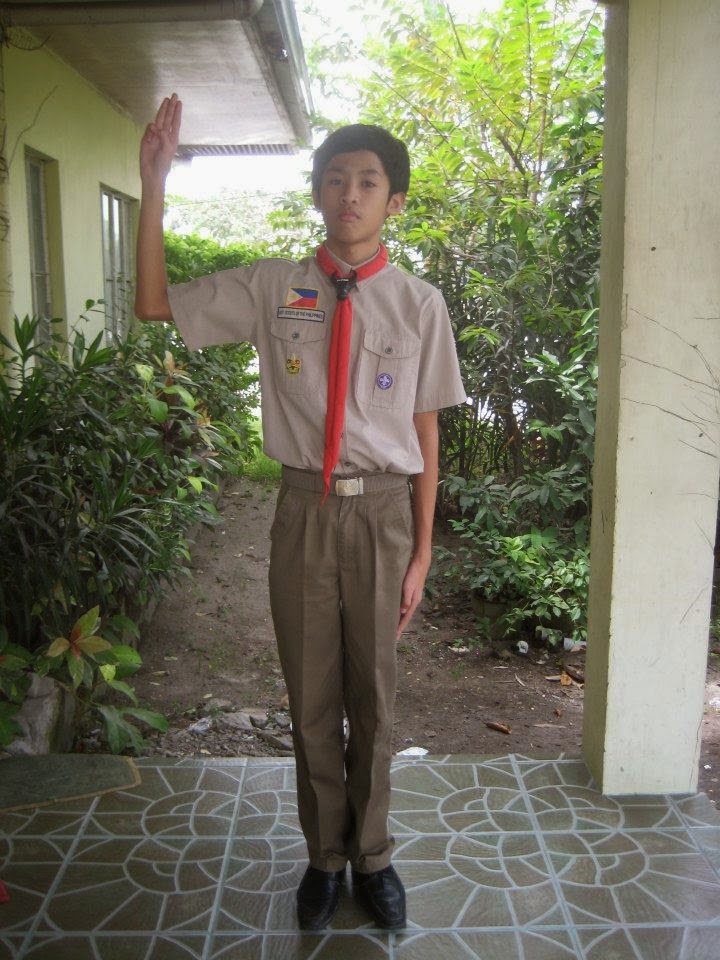 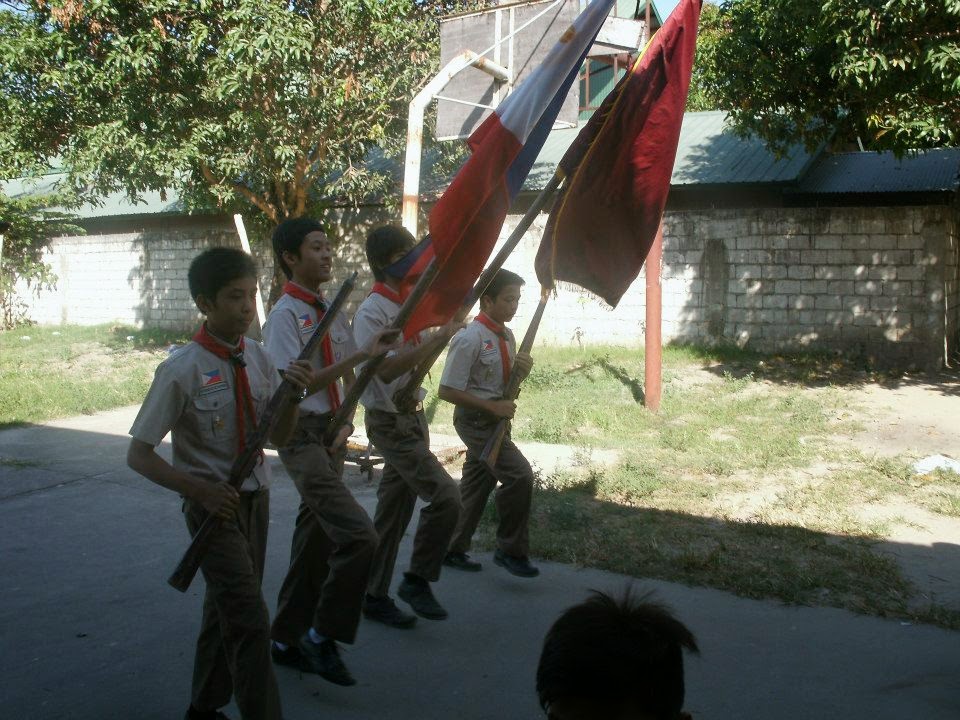 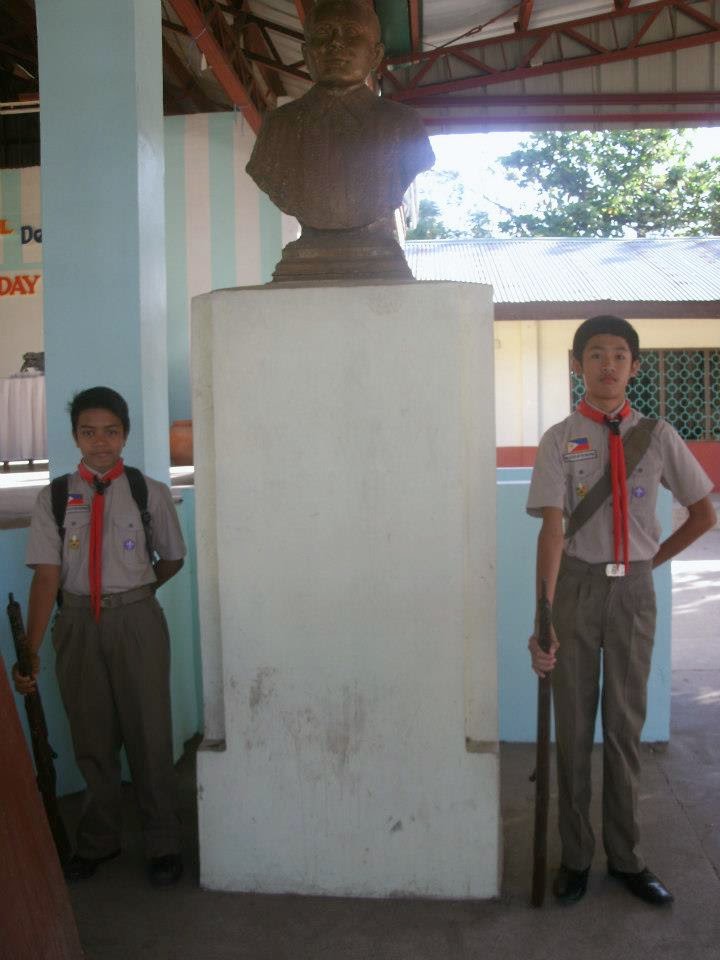 Posted by Bradpetehoops at 10:54 AM

Labels: Boys Scout of the Philippines

The highlights of my scouting.
1. Grade 1 - Kab scout, I remembered the bamboo torch parade at night, campfire's burning. Grade 2-4 games with other schools (Bacolor District).
2. Grade 5-6 Boy scout era - I remembered the games, the scouting crowd shouting, "Yeh you can do it!" Our school brought home the Best Float Award. A giant swan made of recycled news papers.
3. Camp with the Latter Day Saints, we got the Best Camp Award. And lots of camps/conferences (being a member of CJCLDS).
4. The Boy Scout Investiture @ Angeles Philippines Stake.
5. Volunteer Scout - Pampanga Council Jamboree in CSEZ Picnic Ground, Mabalacat Pampanga. Our camp was perfectly assembled by seven great boy scouts (Aldrin, Jimuel, Jerome, Kelvin, Angelo, Jehoshua and E.R.). They're quick in doing boy scout task. We collected water and do survival training of our own and they joined training like different kinds of knots, emergency bandaging, pioneering, camp trail (obstacle course), exercise (dancing), etc. In space of 4 days and 3 nights. We got certificates and souvenirs. Our camp members are diligent in following instructions and rules, they are really possessed with the spirit of scout. I like them. Thanks for the support of Sir B. Calilung, Mrs. Bargamento, Mrs, V. Datu, Mrs. C. Tolentino. Mr. Canlas and some teachers who donated food for us. And the mayor of Bacolor. And the of the boys scouts. Salamat po.

Otherwise, they may be undergoing some otherworldly treatment to achieve such impossible figures. Remember supplements are only a tool in your weight loss/healthy lifestyle arsenal. When comparing the P57 group to the Placebo group: Q: Does Hoodia Gordonii really help to suppress one's appetite?

Get professional trading signals sent to your cell phone every day.