The 50th Anniversary of Wilt Chamberlain's 100-points game in NBA dated back March 2, 1962. Season of the Giants 1961-62 season when he averaged an amazing 50.4 points and 25.7 rebounds per game and, in the minds of many, revolutionized professional basketball and established the NBA as a major American sports league. Physically, Wilt Chamberlain was as big as any of the league’s giant centers and more athletically gifted than most. At 7’ in socks, weighing 275 lbs when he entered the NBA, and 300 lbs later on. Wilt was credited with being able to bench press 500 lbs, run a 440 yard sprint in 49 seconds, and high jump 6’ 6’’. 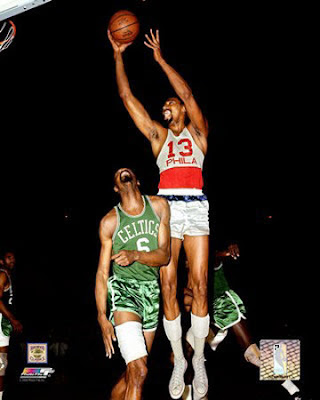 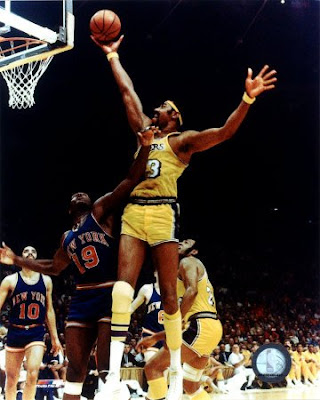 Wilt vs Jordan by Ryan Virgin of Bleacher Report


I had just completed a slide show of the NBA most unbreakable records." A slide show that was dominated by Wilt Chamberlains' accomplishments.
And It just got me thinking, who is the NBA's Best Player of all time between Wilt and Jordan?

My point is that if you look at the stats, and make your decision on the best player of all time solely on the stats. Wilt Chamberlain is your man , 50 point and 25 rebound averages in a single season...That's hard to beat.
But I don't care about the stats.
I don't care how great of averages you had...because the game is about winning, and although Wilt won the championship twice, Jordan won it six times.
Is it unfair?
The national media helped Jordan a lot. Not only was he in the spotlight every time he played, the time period in which he played in was far more technologically advanced than Wilts era.
In The 60s and 70s, fans couldn't watch the best players in the NBA/ABA play every night, if at all. The only way you would be able to watch Wilt play was if you went to the stadium yourself.
So I say we split this into two era's.
Wilt Is the best player of his era.
Jordan is the best player of the modern era.
Maybe if I would have had the chance to watch Wilt play, I would think differently.
But i didn't.
What do you think?
Posted by Bradpetehoops at 8:27 PM

Jordan Retro 7 Black, I know I am not his only lover and I'm cool with that. It's not as if I am exclusive with him."I also see a businessman every few months who loves watches. He always has a huge new timepiece on his wrist and loves to pick his favourite female watches for me.

Jordan 10 White Black True Red, Impersonation by manipulating the display name of a sender is a common ploy used by hackers. To counter the familiarity exploit, your users should not hesitate to check the authenticity of the email with the sender. This is even more so decisive when the email seems to come from someone familiar and makes some request that seems out of the ordinary..

Air Jordan Black University Red, Step 1 The best way to solve the problem is to start with the satellite dish. If you are able to access your satellite dish, inspect it for anything out of the ordinary. Many things can affect a satellite dish from lightning to rain to ice.

Air Jordan 12 Retro Black White Taxi, Court records indicate this is not Zulalyan's first bad behavior behind the wheel. In 2018, a man with the same name and birth date pleaded no contest to a vehicle code violation for exhibition of speed and was sentenced to probation, two days in jail and community labor. In 2013, he pleaded no contest to reckless driving and was sentenced to two years of probation and community labor, according to Los Angeles County court records..

You choose to enable Google Maps with My Location, your phone sends anonymous bits of data back to Google describing how fast you moving. Although we work on a very large scale and we work with very large companies, at the end of the day, our business supports our family .. {tag: Yeezy Boost 350 Off White Prezzo}"