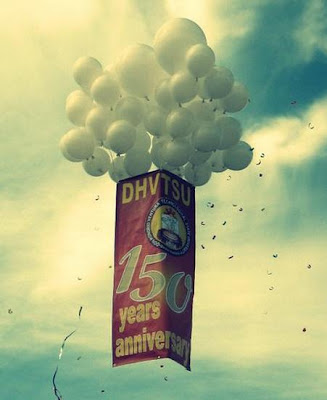 This year celebrated its 150 years of existence. Some prominent and successful people in the Philippines mostly in Central Luzon studied in this school, that produces heroes like OFWs, engineers, educators, architects, artists, sportsmen, politicians, businesspersons, IT experts, technicians, beauticians, policemen, ship crews, government employees, employees in private sectors and good Samaritans. I love DHVTSU!
Posted by Bradpetehoops at 6:43 AM

Correction please: DHVTSU was officially declared a university on December 9, 2009, based on the documents we have.

Correction please: DHVTSU was officially declared a university on December 9, 2009, based on the documents we have.

I almost never drop comments, however after browsing
a great deal of comments on "DHVTSU at 150". I do have a few questions for you if you
do not mind. Is it only me or does it seem like a few of the responses come
across as if they are left by brain dead people?
:-P And, if you are writing at other social sites, I'd like to follow anything fresh you have to post. Would you make a list of the complete urls of all your social sites like your Facebook page, twitter feed, or linkedin profile?

I like the valuable information you provide in your articles.
I will bookmark your weblog and check again here regularly.
I'm quite sure I'll learn many new stuff right here! Best of luck for the
next!

We stumbled over here coming from a different web page and thought I might as well check things out.
I like what I see so now i am following you. Look forward to exploring
your web page yet again.