Utah top 1 on business and career 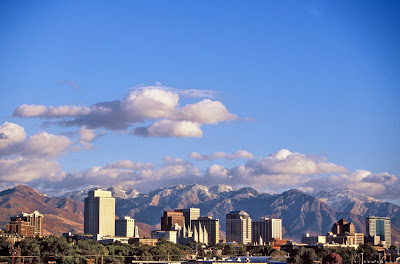 The Beehive State captured the top spot in our rankings for the first time, after a four-year run by Virginia at the head of the list. Utah's economy has expanded 3.5% annually over the past five years, faster than any other state except North Dakota. This is three-and-a-half times faster than the U.S. as a whole. Total employment in the U.S. has shrunk over the past five years, but in Utah it increased 1.5% annually, fourth-best in the nation. Household incomes have surged 5% annually, which is tops in the country and twice as fast as the national average.

No. 2 Virginia
No. 3 North Carolina
No. 4 Colorado
No. 5 Washington
Posted by Bradpetehoops at 7:13 PM

God bless Utah, the Beehive State or so called Deseret, back in a day when the Mormon pioneers arrived and developed it. Nice post buddy!