In my college BSIE Department we had a P.E. class and the topic is basketball. We Section A set a baskeball game with Section C compose of big men Robert, Arturo, Valencia, Albert and Christian. My teammates are Jondellson, Walter G., Ernie and Francis. We surprised them by our lucky shooting streak. I made a jump shot and and two graceful lay ups. Jondelson done is part to via couple of basket. We won the game when the school bell rang that time it was finished. We're so happy, and the team section C are my friends, too. Then they are sad 'cos I stopped schooling to pursuit my missionary work in Bicol region. More basketball games in Bicol.
Posted by Bradpetehoops at 2:48 PM 21 comments: 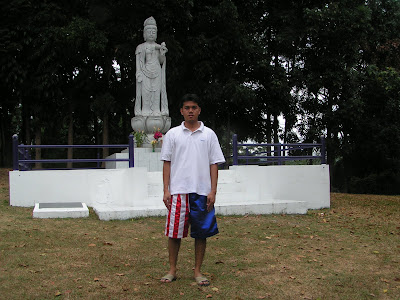 I learned to love basketball because of PBA, NBA, International Basketball and local basketball tournaments everywhere in the Philippines. In my high school days basketball is the no.1 sports. I love to play basketball, even if I have no tournament exposure this time just in my elementary age played 1 minute and it is my lowest playing time ever without any single basket like Anamichi Sakuragi. These are the games I remember in high school. I played hoop with Christopher and company. In one moment I steps on other player's foot, then I suffered from sprained ankle. I continued to play and I scored a uncontested medium range jumper from the left side of our goal nothing but the net. Courtesy of Chris' assist. Thanks to him for his nice passed. By that time I forgot to eat snack I drink lots of cold water and suffered stomach cramps for two weeks and became the hindrance in my second tournament appearance in Village Basketball. Luckily our village team TSM entered final 4 in the said tournament. Notable players of TSM team are Ramon, Kirbie, Joseph, Dennis and Steve. Jojit as the sixth man. Later Midget Tournament organized and I took over as coach with my brothers and friends we made a dark horse team named MST (Makuha Sa Tingin) as reversal of TSM team as our village junior team. We have an exciting first game on by just 4 points. And the next remaining 3 games we loss all in heartbreaking fashioned in crunch time or dying seconds. What a learning experiences? In our PE Sports Class, Full Court Basketball, my best game as an underdog team. With Alex we managed to rally and won the game by my three consecutive nothing but the net baby hook shot like Magic Johnson style in winning game in 1980. I loved this game. As 3-B section we beat 3-A with Louie, Adonis, Raul and Chris. I made the first basket a clear jump shot via Adonis assist and our team rallied till the changed goal. Then I made two high looper bank shots through the great outlet passes of Raul "Ompong". Then the following year 4-B team lack of one player they joined me I made the first basket by Adonis near passed like a watermelon passed a perfect assist. Then the game is tooth and nail biting fashioned the scored is tied in the space of long minutes no one score finally one player of the 4-A managed to got a good uncontested game winning jump shot to sealed the game. I thanks my batch mates basketball players I learned lots of stuffs to them. Adonis, Louie, Chris, Raul, Eric, Gemong, Aaron, Daryl, Israel, the two Jerry etc. For me they are awesome players LTD Team and Bosconian League players.
Posted by Bradpetehoops at 11:22 PM 31 comments: