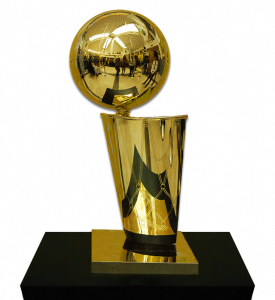 Kevin Durant vs Lebron James (small forward)
Durant the best scorer in regular while James in playoffs. Kevin is pure scorer and scoring champ in three seasons. He's a player like Jordan - Olajuwon kind of player.  Lebron all around player Magic - Jordan type of hoop combo. Both are simply dominating the hard court. Battle of two Olympic champions. Chase of their first ring. Who will be the lord of the ring? Lebron or Durant.

Serge Ibaka vs Shane Battier (power forward)
Ibaka the guardian of the sky and human eraser while Battier can clamp underneath the paint and detonates bombs from trey region.

James Harden vs Chris Bosh (sixth man)
Harden is everywhere treat, dunking and shooting three. While Big Bosh can control the lane and with mid and long range guns. 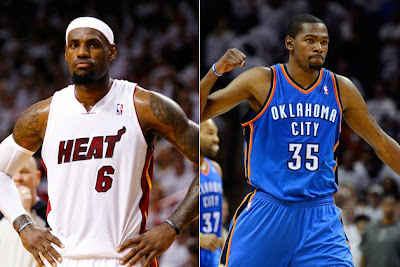 Derek Fisher, Nick Collison, Daequan Cook and Nazr Mohammed vs. Mike Miller, Joel Anthony, Ronny Turiaf and Norris Cole (reserves)
Fisher is always good for a big shot or two this time of year. Nick, Nazr and Cook are dangerous, too. The Heat men Mike, Joel and Turiaf has  hustling powers with little Cole give you surprise buckets.

Scott Brooks vs Erik Spoelstra (coach)
These couple of men will be like chess grand masters.

Lebron James Road to the Finals

Posted by Bradpetehoops at 3:48 PM

Thanks for the visit and comment! have a great week!

Personal opinion is generally exhibited in various types of editorial
writings. Purchasing used press will also save you considerable amount of money.
They also tend to endear themselves to populations in times of severe duress and hardship by well funded relief efforts and other charitable initiatives,
which make them look incredibly social compared to corrupted governments.
The growth in the circulation of newspapers in the country results in the overall economic prosperity of the
country, inspiring it to higher levels. This is why various newspapers are now helping to find unclaimed
property owners by listing their names.

In the US, we still express this as cubic inches, feet, or yards.

First, ready mixed concrete in Sunderland can help you get your construction job done faster.
* Not Ideal For Floors: While this is a great option for the walls, it's a less-than-impressive option for the floors.