Mt. Pinatubo Day is a non-working holiday in Pampanga. Every 15th of June, commemorate the eruption of Mt. Pinatubo that has been overcame by the Kapampangan people. 1991 - 1995 of struggled with Mt. Pinatubo. June 15, 1991 the 2nd strongest volcanic eruption of the 20th century after 1912 volcanic eruption in Novarupta in Alaska Peninsula. It turned the day into night, and that is the longest night I ever experienced in my life. And with Typhoon Yunya lava turned lahar. A flash flood of hot water and soil that buried lots of villages and towns in Pampanga, Zambales and Tarlac. Raining of light marble size of rock, sand and dust / ask. It turned my hair into grey and sweat of chocolate over the face of some people. Many said, "Is this the end of the World?!" Terrifying experienced El Terible!, that time I'm going 15 years of age. In that era I'm sicked of coughing in space of three weeks. The event led to evacuation of tens of thousands of people. The ashes fell in West Philippine Sea & South China Sea, From Ilocos - Cagayan Region down to half of Mindanao. Then as far as Malaysia, Vietnam & Cambodia oh dust in the wind. The atmospheric effect up to Europe and Latin America that produced cold wave. 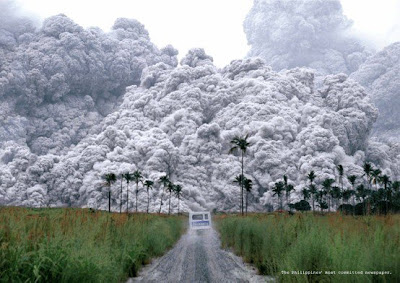 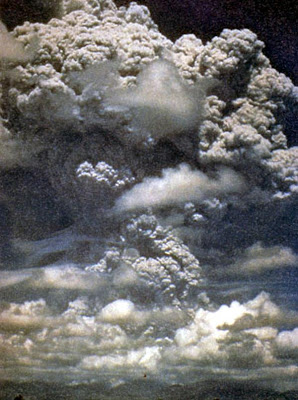 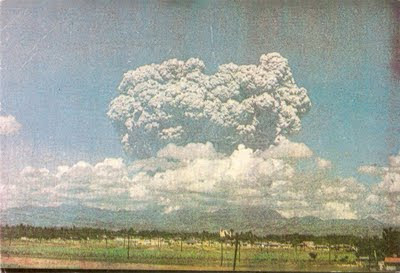 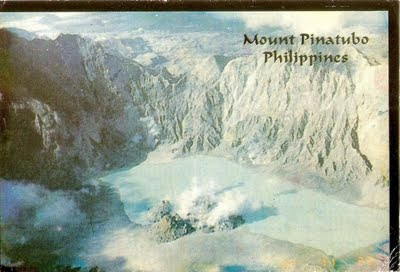 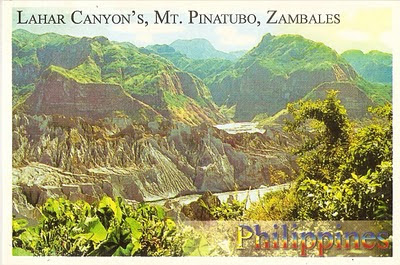 The Canyon in Porac & Bacolor, Pampanga 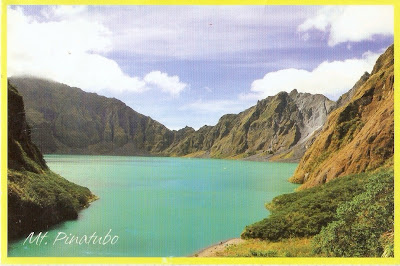 After 20 years The Beautiful Pinatubo Crater Lake
(Now a great tourist spot)
ITS MORE FUN IN THE PHILIPPINES
Posted by Bradpetehoops at 2:22 PM