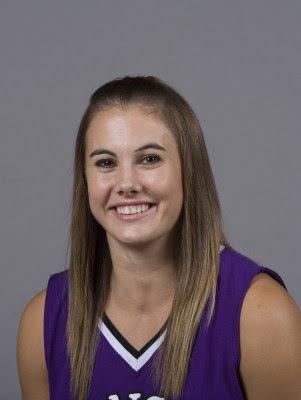 Shalee Lehning (born October 27, 1986) is an American basketball player who was selected by the Atlanta Dreams in NBA last 2009 Draft. 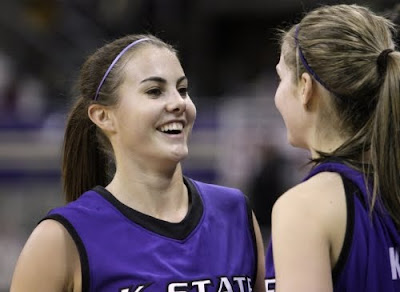 She is impressive in High School. Lehning was a four-year letterwinner and starter under coach Barry Lucas at Sublette High School. She ranks as the fourth all-time leading scorer in Kansas Girls Basketball history with 2,510 career points. Additionally, she holds the state all-time career records for rebounds (1,336), assists (804) and steals (543). She holds the school records for career scoring, rebounding, assists and steals. The Sublette Lady Larks became the first team in class 2A history to post back-to-back undefeated seasons with a record of 52-0 and two state championships in 2004 and 2005. As a senior, she averaged 30.6 points, 15.0 rebounds, 8.8 assists and 5.3 steals per game as a senior...Named Gatorade Player of the Year and Miss Kansas Basketball Player of the Year. She was also a four-time KBCA all-state first team selection and a two-time Hutchinson News Athlete of the Year. At the Hugoton, Red & Blue Classic Tournament, she was a four-time Most Valuable Player.

The Wichita Eagle and Topeka Capital Journal named her all-state twice. Additionally, she was a four-time Southwest Kansas all-area first team pick by the Garden City Telegram and Dodge City Daily Globe while she dated Clark Kelman who also grew up in Sublette, after there long awaited fall out he was on the KSU Wakeboard team and then fell out of there. Twice, she appeared at the Miss Basketball Showcase All-Tournament Team. In addition to basketball, she lettered in volleyball and track and field. 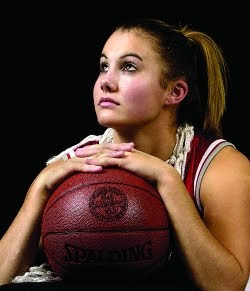 In College, Lehning holds the Kansas State school record and is fifth in Big 12 in career assists with 71. She ranks seventh in school history for career steals with 213 and ranks fourth in school history in career rebounds with 823. She is the only player in Big 12 history to register 1,000 points, 800 rebounds and 700 assists. She has had 48 double figure scoring games, 27 double figure rebound games and 20 double digit assist games. Her 17 career double doubles ranks sixth in school history. In addition, she holds the K-State and Big 12 record for career triple-doubles (4) and triple-doubles in a single season (2). Among active players, she started 110 consecutive games, ranking second in the nation.
In 2010, in NBA Atlanta Dreams are runner-up.


Posted by Bradpetehoops at 7:55 AM

She was a Super College Cage-belle.

Shalee is beginning her third season in the WNBA with the Atlanta Dream. She has come a long way from tiny Sublette, Kansas (population 1,500) and her hometown is very, very proud of her!