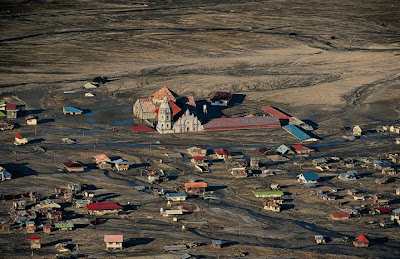 Villa de Bacolor the Athens of Pampanga for the Literature, Arts & Beauty of Women. 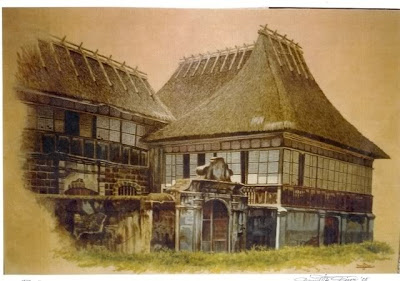 In the year 1762 after the fall of Manila to the English invaders, Governor General Simon de Anda retreated and made Bacolor the seat of government from October 6, 1762 to May 30, 1764 and practically served as the Capital of the Philippines. Through a decree of the King of Spain on November 9, 1765, Bacolor became "Villa de Bacolor", one of the only three Villas in the Philippines and was granted a Spacial Coat of Arms. Simon de Anda organized an army of natives with which he finally recaptured Manila from the British invaders. 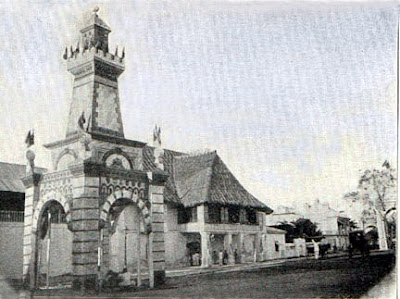 It was the former capital town of Pampanga until the provincial seat of government was transferred to neighboring City of San Fernando in 1904. The coming of the American Colonizers broke up the military form of government and instead political and economic reforms were introduced. A civil form of government was organized and was inaugurate on February 13,1901 by Com. William H. Taft which took place in the old " Escuala de Artes y Officios de Bacolor" 1861. (formerly named Pampanga School of Arts and Trade) now known as the Don Honorio Ventura Technological State University the first state university in Pampanga. The first Provincial Civil Governor was Don Ceferino Joven and the first Municipal President of Bacolor was Don Estanislao Santos. Pampanga was acknowledged as the first province to have organized civil government in the Philippines by General Grant, the then President of the United State of America.
Bacolor's festivities are the Feast of San Guillermo and Nuestra Senora del Santissimo Rosario (La Naval) which are celebrated every 10th day of February and 3rd Sunday of November, respectively. Now also called Makatapak Festival.
Bacolor took another significant time in the history when the Mt. Pinatubo erupted in 1991 and subsequent lahar flows between 1991 to 1995 devastated 95% of the whole town, virtually burying 18 out of its 21 progressive Barangays.
to date, eighteen years after devastation from the Mount Pinatubo eruption, Bacolor is starting to rebuild and recover into a more developed and progressive community. Don Guillermo Manabat is a rich landlord believed to be the founder of Bacolor. The town was completely buried under several feet of lahar from Mount Pinatubo, with with the most devastating flow covering the town centre in 1995. A landmark in the town is the church of San Guillermo (sunken church), and was one of the structures that was half-buried by the lahar flow. The church has since been renovated and is currently operational and may be accessed through what were once the second floor windows, now converted into doorways. The sunken church and town of Bacolor were used to shoot the 2009 drama series May Bukas Pa. Fantasy series SUGO 2005 of GMA 7.

Posted by Bradpetehoops at 8:07 PM

I think what you posted was actually very reasonable. However, what about this?
what if you were to write a killer headline? I
mean, I don't wish to tell you how to run your website, however suppose you added a post title that grabbed people's attention?
I mean "Bacolor, Pampanga" is kinda vanilla. You could
peek at Yahoo's front page and see how they create article headlines to get people interested. You might try adding a video or a related pic or two to grab readers interested about everything've got to say.

Just my opinion, it could make your blog a little livelier.
Feel free to visit my web page :: GFI Norte